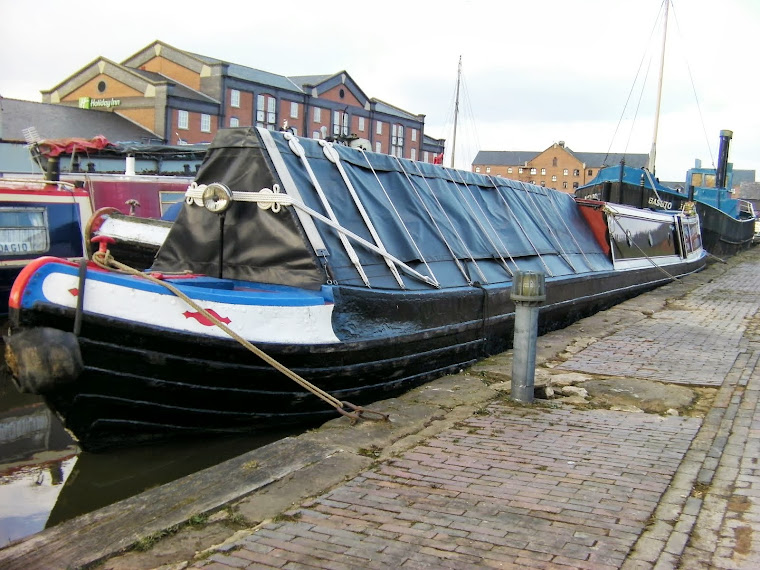 As well as owning Badger, I also have an old Bedford lorry, which I bought after selling Alton.  My intention was to leave the canals and retire gracefully and visit historic shows.

Fortunately, the canal bug new left me so along came Sandbach, closely followed by Badger.

I still have the lorry which sees the light of day from time to time and it will no doubt come out properly when I am finally too infirm for locks.

I have been asked about it so I am attaching some photos. 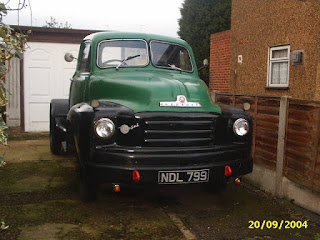 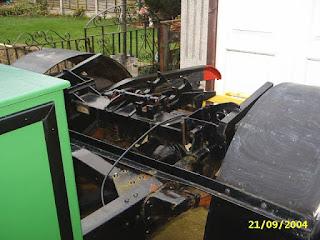 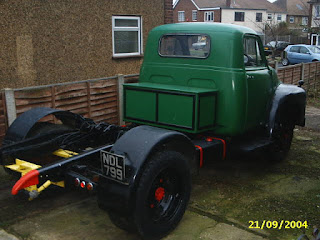 Following a visit from an old friend from Canada, who complained that this blog had gone dormant, I am reactivating it ASAP so hopefully more news about Badger and her exploits will be forthcoming.
Posted by furnessvale at 13:42 2 comments:

I am posting an older photo of SANDBACH in Liverpool when I had to go down the weedhatch to remove a bit of weed. 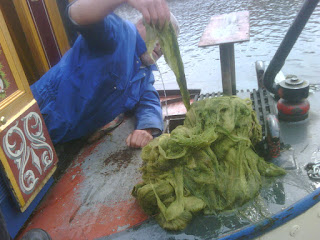 The idea is to see if I can link this to a posting in CWDF.

Posted by furnessvale at 22:55 No comments:

Following a long cruising season this year, which saw Badger covering around 800 miles and passing through about the same number of locks, she is now on the Upper Peak Forest Canal and getting some much needed attention to her electrics.

Towards the end of the season a battery cell failed which caused the alternator to overcharge.  This quickly caused the entire bank of four leisure batteries to fail.  Fortunately, the alternator and Adverc have survived the experience, although the load on the alternator belts has ruined them.

I have taken the opportunity to rewire the charging side electrics in a simpler form that I can trust as I reassemble things.

I have learned one thing from this experience, and that is not to ignore a hydrogen sulphide smell coming from the engine room!

Two other things about H2S.  It turns brass and copper a metallic blue colour AND it ruins your taste buds. For several days I might as well have been drinking Watneys Red Barrel for all the taste I was getting from a whole range of cask ales.

George
Posted by furnessvale at 20:53 No comments:

Working on Badger has made me realise what a good job Malcolm Braine made of her restoration and conversion back in the mid 1970s.  Apart from the minor issue on the port side earlier this year, the wooden cabin is as good as when it was  fitted nearly 40 years ago.  I have seen younger steel boats with more rot in them than Badger's wooden cabin.
Posted by furnessvale at 11:23 No comments:

Back in the wet dock

Badger has returned to the Ashton Packer Boat Company wet dock at Droylsden for investigation of its wood work on the starboard side.  The last visit to this dock was to repair a small amount of rot on the port side and I was keen to ensure that the other side was not similarly affected.

The good news is that the starboard side is rock solid with no rot to be found.  The work at the dock will now be confined to some paint touching up and a repaint of the cabin roof.

While Steve at the dock concentrates on this, I will be investigating an electrical problem which saw my batteries gassing hydrogen sulphide.  Apart from the smell and obvious health issues, this gas turns copper and brass a delightful purple/blue colour.  It pervades every nook and cranny of the boat and, once I have solved the problem, I will have to use a lot of Brasso:-( to get things back the way they were.

George
Posted by furnessvale at 11:14 No comments:

Getting Rid of the Rot

Badger is currently in the wet dock at the Ashton Packet Boat Company in Droylsden.  The wooden trim around the edge of the cabin sides, which gives shape to the recessed panels, has been showing signs of rot.

This wooden trim is actually lengths of torus profile skirting board.  Unfortunately, everywhere you go to look at torus boards you see a different profile.  After much searching, I found a proper timber merchant who cut his own boards with a profiling machine and had hundreds of different profile cutters in racks on the wall.  He managed to match my profile and I took the precaution of buying enough timber to replace everything on Badger should that prove necessary.

I put Badger on the dock and Steve from the yard set to work removing the rotten wood.  I quickly found out that the extent of the rot was very limited.  The cabin had been very well made in the 1970s and epoxy coating to the main cabin sides meant that the damage was confined to the trim, and limited areas of that to boot.  This now means I have a lot of spare timber but it may be useful on another occasion.  I would rather be in that situation than finding out I needed to rebuild the cabin.

A week's work will see one complete side of the boat as good as new.  A return to the dock in either august or november will see the other side completed. 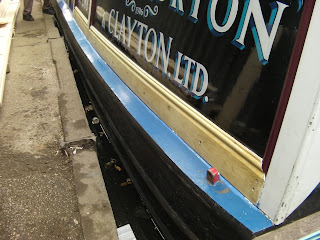 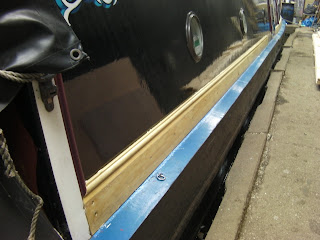 I have recently retired as a self employed boatman based on the Upper Peak Forest Canal at Furness Vale in Derbyshire. I used to hold a Boatmaster licence valid for passenger, cargo carrying, and tug and pusher operations, but when you reach 65, the authorities require a medical every year so, in the absence of regular work, I have allowed it to lapse, which means I can no longer do passenger work but I am still qualified for cargo.


I can be contacted on: